Hello everyone. Man, I feel bad for not giving you update what’s going on over the last 3 weeks since my last post. There were a lot of stuff going around during that time, but long story short, I wasn’t on the mood.

It’s not that I don’t want to make a new post with new recipe on it, it’s just that; let me ask you a question first.

Have you ever wanted to show people something so bad, but stopped halfway through because you know it looked ugly as hell and you could do a lot better than that?

Because that’s exactly what happened to me!

You see, I tested a few new recipes, but none of it made it. It’s just too tacky, ugly, simply said; ain’t good enough for you guys. But hey, failures breeds success.

So, here I am, proud to show you my take on Japanese deep fried chicken, also popularly known as KARAAGE.

Karaage, for me, is the perfect fried chicken. It’s even better than KFC, since with little ingredient, you can deliver even bigger flavor than Colonel’s!

Without further ado, let’s get going!

For 1 serving, you will need;

Step 1 – Pat your chicken dry with kitchen towel if you haven’t done so. Transfer it into a bowl; add the soy sauce, sake, garlic, ginger, sugar, and sesame oil. Get dirty and use your hands, give it a nice massage you can ever do to a chicken. Once done, cover the bowl with plastic wrap, let sit in the fridge to marinade for 30 minutes.

Step 2 – Take the chicken out of the fridge. Add the beaten egg, give it a nice mix. Add the flour, mix again. Add the cornstarch, and give it a final mix. Don’t mix too much, or else the dough will get a chewy finish later. Set aside.

Step 3 – Heat the oil on medium heat. You can tell it’s hot when you drop a little bit of batter in and it floats right away. Anyway, cook your chicken in batches so you don’t f*ck up with the temperature too much. I’m cooking 3 pieces per batch. Fry for approximately 1-2 minutes depending on the size. Once it’s pale/almost light brown in color, take it out and let it rest. Cook the rest like you would the first time.

Step 4 – Once the first frying is done, we are going to double fry these bad boys. Set the heat to high, and let the oil gets smoldering hot. Cook your chicken in batches (again), this time it’ll only take a mere 20-30 seconds. Once it’s crispy to touch and golden brown in color, welcome to heaven. 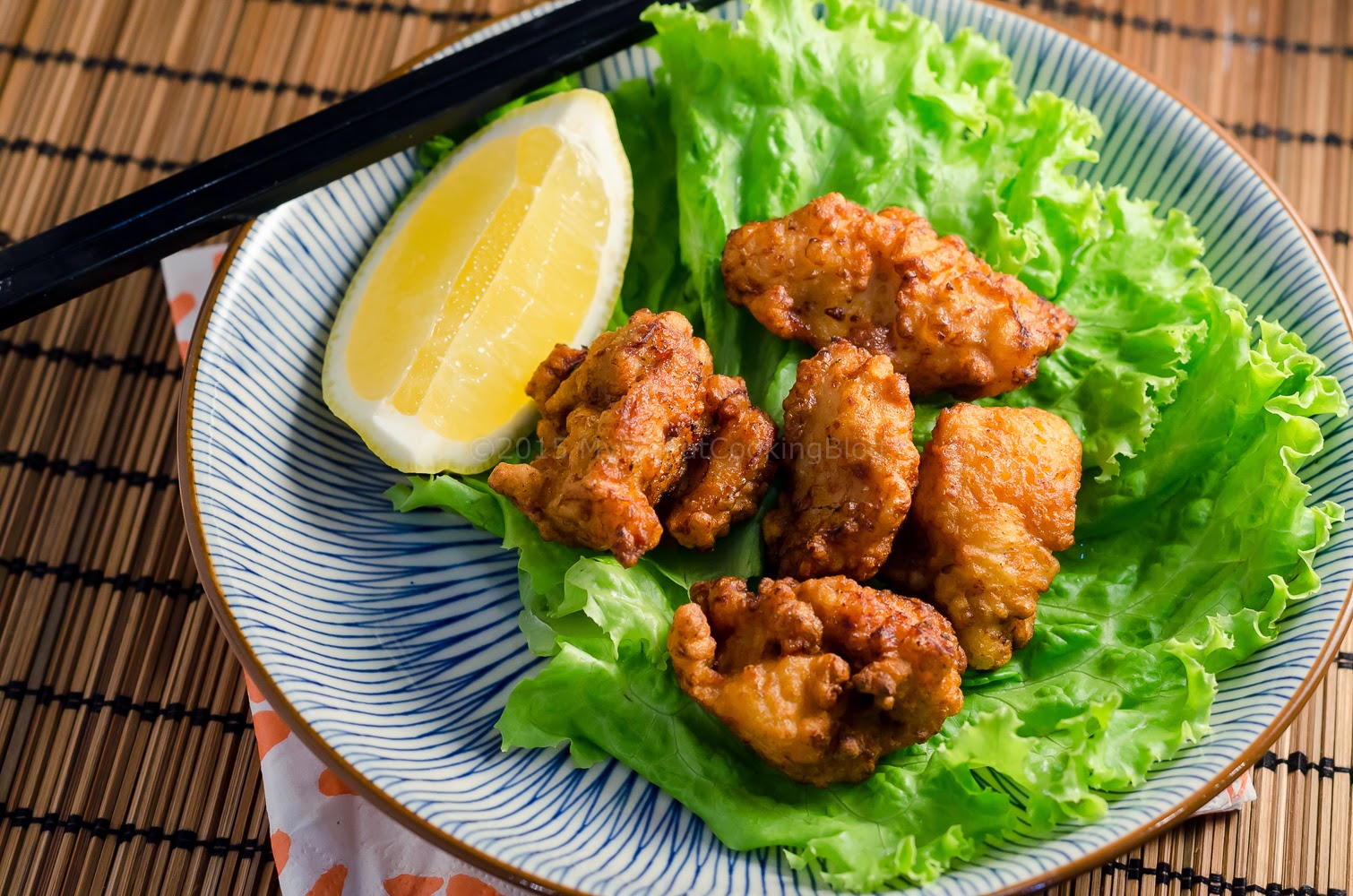 I personally like to add a sprinkle of salt over the Karaage right after it left the fryer. Karaage tend to have a light taste that is not overwhelming, that’s why some people will prefer to have more savory kick to it, hence, the salt.

Karaage is best serve with rice, like you would Japanese dish. However, possibilities are endless. I’ve seen Karaage served with French Fries, Mashed Potatoes, even sandwich between Burger Bun!

Give this recipe a try this weekend. It is very easy, and guaranteed to be loved by your family. Well, unless they hate fried food.